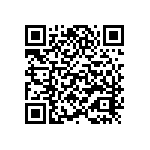 I started working for Vaillant in August 2015. Due to a special program I change departments every 6 months. I’ve seen several departments in the organization, such as Central Digital Marketing, Brand Marketing, Human Resources and Competence Partner Services. But none of these can be compared to my time in the Moscow Office.

In January 2016 we decided to send me (as part of a special German Education Program) to Russia, to see and learn how Vaillant is working in other parts of the world. Though, the company is a very modern organization, working behaviours and preferences still vary among different countries and markets. Going to Russia might be uncommon, when you have sunny places like Spain or Italy to choose from, but made the most sense to all of us. The country is known to be very special. The economics, landscape and people make it a unique place. We all had been sure that it had the most benefits to all participants to make this choice.

To my background: I have never been in Russia before and didn’t speak a single word in the Russian language. Not because I wouldn’t like it, but because I didn’t have the opportunity before. So, on the 3rd of July I took the Lufthansa morning flight from Frankfurt to Moscow Domodedovo. On the flight itself I tried to learn how to read Cyrillic with the help of a little book I bought before. After I landed, I directly tried to read every single sign and advertisement I could find. From time to time my skills should become better and better and today I can read most of the words.

The Russian colleagues welcomed me warmly and politely. We had exchanges through video calls and email before, but their warm welcome was unexpected. I felt directly like being a complete member of the team. It was astonishing even for me, who is usually located at the central headquarters, the “Spirit” at Vaillant is very special. People are friendly and work hard together on the same goals. Whether you are from Remscheid in Germany, where the company was founded in 1874, or from Russia in 2017; we all care about our team & customers almost the same.

Very quickly I could enjoy discussions with my the Russian team about differences between the markets, customers, strategies, preferences and working styles; but we also found similarities just as fast. This gave us the opportunity to learn from each other how things are handled. For the main time I worked in our departments for the international brand Vaillant and the local brand Protherm. Further, I supported internal processes in our Supply Chain department. Besides that, we had a so called “German Club” every Friday. Every colleague was invited to learn German. In these lessons I explained the basics of the German language and taught useful phrases you can use every time. For example with the phrases “Guten Tag”, “Wie geht es Ihnen” and „Mein Name ist …“ almost every colleague in Russia can begin a German conversation.

Not only we spoke about language, but also about culture and “do´s and don’t´s”. For instance, I had to learn that in Russia a man would not give a woman a handshake when greeting her. In Germany every man shakes hands with every woman and women also with women, when the meet. For colleagues in the office that already spoke fluent German (and there are a lot!) we even had German Clubs, where we discussed highly interesting topics such as digitalization, educational differences, motivation, leadership and so on…. All in German!

In the end, I am very grateful for the experience I had in Russia and with the team. Besides work, they did a terrific job in working with me, and showing me around Moscow and Region, and even helped me to visit St. Petersburg. I got to know Russia now as a welcoming country with a beautiful landscape. What makes Vaillant unique is the bonding working relationships across different countries. Being back in Germany since October me and my colleagues still stay in touch. No matter where in the world we are, we can easily and effectively work together. Russia has one more fan, now.